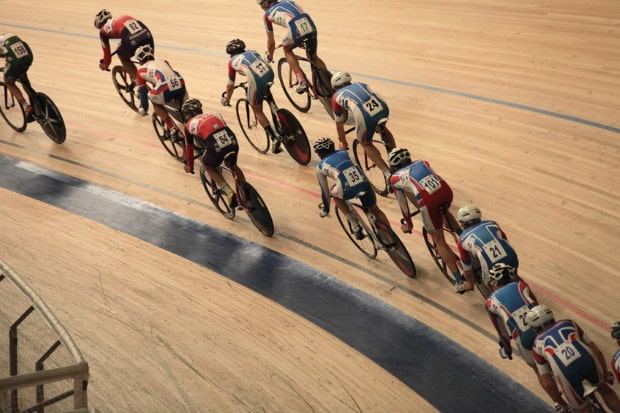 The 2012 Olympics in London were an amazing success. Never mind that the Army had to be called in to provide security and some of the venues weren’t completed until days before the events were held, but in general, it was seen as one of the most successful Olympics in history.

Cycling was a huge part of that. With riders like Mark Cavendish, Bradley Wiggins, Chris Froome, Lizzie Armitstead, and Chris Hoy bringing home an impressive haul of medals, newspapers, and pundits across the country hailed the “Olympic Cycling Legacy” that was sure to follow the amazing successes our team made.

But how much of that legacy was actually realised?

What Happened to the Olympic Cycling Venues?

The BBC quoted a campaign group describing the London Olympic park as a “world-class embarrassment” in 2014. Idiotic decisions like putting cobbles on cycle paths, having a staircase up to the entrance to the Olympic velodrome, and confusing layouts meant the conversion from Olympic venue to public venue did not go well.

It took a full 5 years for the Herne Hill Velodrome to be converted to public use, opening its doors in March of 2017. Now it has plenty of visitors and appears to be a success. The Lee Valley Velopark has been open since 2014 and is a popular site for local and international cyclists to train. Conversions after the Olympics cost a lot of money and attracted a lot of criticism, but they were done effectively and are now hubs for sports training.

The summer of 2012 was a halcyon era for British sport. The whole nation came together to support our team and so many pledges to “continue the legacy of the Olympics” were made, but the effects might have been short lived. Some studies have shown that the Olympics did not increase sporting participation much in the couple of years after the event. Others have shown more long-term positive effects.

However, cycling is an exception to all that. The numbers of people, especially kids, getting on their bikes has increased year on year since the Olympics. A big part of that was Yorkshire hosting the initial stage of the Tour de France in 2014 and then the Tour de Yorkshire taking place every year since. There, the number of riders increased 15 percent in a year and have continued to rise.

Now the Olympics are a distant memory, we are looking for the effects of the Games. Through tough economic times, the Brits got on their bikes more than they have in decades, perhaps since the popularisation of the motor car. The infrastructure left behind by the Olympics provides space for the next generation of talented cyclists to train in world-class facilities. The cycling team of Great Britain and Northern Ireland has never been stronger, with lots of wins at events like the Tour de France (Chris Froome) and La Vuelta España prove that our current teams are amongst the best in the world.

Britain is fighting an obesity crisis. A third of British children are overweight, half in some places, and kids are less physically active than they have ever been in the history of humanity. Cycling is playing an important role in combating this. In the wake of the 2012 Olympics, many schools got into cycling because it is a very enjoyable way of exploring the world and keeping fit. With so many cycling heroes to inspire them, kids have so many opportunities to get on their bikes and get fit. Unfortunately, the obesity crisis is growing. A lot of kids and parents are not getting the message, or cannot afford to. Cycling can be an expensive hobby and the economic disaster of the last 10 years has squeezed households so much that bicycles can seem like expensive luxuries instead of a normal method of transport. There has been a lot of hot air from government about capitalising on the “legacy” of the Olympics but not much actual investment. Schools have sold off their sports fields at an unprecedented rate. The Olympic cycling venues are concentrated in London, leaving other cities without the infrastructure to really get kids into professional cycling.

The legacy of the Olympics is one of a missed opportunity. If the government and local councils had had the money and impetus, they could have made cycling much more accessible for the public. However, the opportunity was wasted and austerity cuts meant that there was little or no investment to follow up the (incredibly expensive) London Olympics.

This is a desperate shame. So many people were inspired by the Olympics at the time but found it difficult to translate into real life changes. There was a lot of good coming out of the Olympics, but not enough.

Filed Under Cycling Tagged With olympics
0 comments… add one

The UK has an almost embarrassing number of amazing places to cycle. It is like everything in the UK is... END_OF_DOCUMENT_TOKEN_TO_BE_REPLACED

Yorkshire, the biggest county in the UK, hosted the initial stage of the Tour de France in 2014. Something about... END_OF_DOCUMENT_TOKEN_TO_BE_REPLACED

When the Tour de France came to Yorkshire in 2014, nobody could have expected how much of an impact it... END_OF_DOCUMENT_TOKEN_TO_BE_REPLACED

The coast of Britain is famous for a few things, including the impossible puzzle of how long it is exactly.... END_OF_DOCUMENT_TOKEN_TO_BE_REPLACED

The UK has no shortage of epic bike rides. From the gentle rolling hills of the South Downs to the... END_OF_DOCUMENT_TOKEN_TO_BE_REPLACED

*Amazon Affiliate Notice of Disclosure: BikeCare.co.uk is a participant in the Amazon EU Associates Programme, an affiliate advertising programme designed to provide a means for sites to earn advertising fees by advertising and linking to Amazon.co.uk.