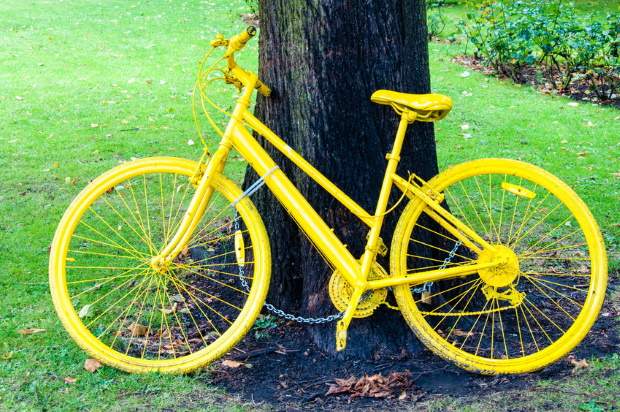 Yorkshire, the biggest county in the UK, hosted the initial stage of the Tour de France in 2014. Something about seeing so many amazing cyclists hammering around the Yorkshire countryside did something to this ancient county. The whole place went cycling mad for a summer. It might have been the Yorkshire men and women taking part in the event, or it might just have been the right time and the right place.

Since then, Yorkshire has only got more cycle friendly and obsessed. This is not surprising. Yorkshire is blessed with rolling hills, incredibly beautiful scenery, and very easy access to the countryside. From any major city in Yorkshire, you can get out into the countryside in about 20 minutes or less. No wonder everyone’s gone cycling mad.

In 2015, hoping to capitalise on the amazing success of the previous year’s Tour de France, high-ups in Yorkshire decided to have a Tour de Yorkshire. The first year was a 3 day, gruelling ride through some of the most picturesque towns, villages, and cities in the county. Hundreds of thousands of people turned up to cheer on the riders, and many of the world’s greatest riders took part.

Using the Tour de France’s route from Leeds to Harrogate, then York to Sheffield, the Tour de Yorkshire was born. From May 1st to May 3rd in 2015, hundreds of riders battled it out over the moors, plains, and woodlands of Yorkshire. Team Sky won, with Lars Petter Nordhaug getting the yellow jersey. The event was televised and drew large numbers of watchers in person and onscreen. It was such a success the event was made an annual occurrence.

In 2016, riders fought over the roads from Beverly to Settle, Otley to Doncaster, and Middlesbrough to Scarborough for 3 days from 29th April to the 1st of May. Direct Energie won with their lead rider Thomas Voeckler. In 2017, from the 28th to the 30th of April, the riders competed for victory on the roads of Bradford, Bridlington, Scarborough, Sheffield, and Harrogate. Team Dimension Data won, thanks to the amazing efforts of their team and their lead rider, Serge Pauwels.

Last year (2018), the event was expanded to a 4 day competition, with the towns and cities of Beverley, Doncaster, Halifax, Ilkley, Leeds, Scarborough, Richmond, and finally Leeds saw some of the most incredible cycle races yet. The winners were BMC Racing Team, with lead rider Greg Van Avermaet taking victory for his team.

Estimates of the financial impact of the Tour de Yorkshire for 2015 say that it generated over £50 million for the local economy. In 2016, that number rose to £60 million, £64 million for 2017, and nearly £100 million for 2018. An estimated near 10 million people watched the event online or on television, and 2 million people lined the route to cheer on the competitors.

Yorkshire has long been a top tourist destination but the sheer numbers of visitors for the Tour de Yorkshire surprised everyone. About 2.6 million people turned up to witness the event in 2018, many from abroad or across the island. Local hospitality groups reported record profits and businesses everywhere in Yorkshire welcomed the influx of customers and cash.

The impact has not just been financial. Children across Yorkshire are taking up cycling at an unprecedented rate, with a 15 per cent increase in cycling in Yorkshire since the Tour de France. As the nation battles an obesity crisis, events like this are seen as increasingly important for the health of the nation. A whole generation of children is growing up with inspiring sporting events not far from their homes every year. The Tour de Yorkshire has already made an incredible impact and looks like it will continue to inspire for years and decades to come.

One thing is for certain: the Tour de Yorkshire is not going anywhere. It is so popular and lucrative it cannot help but expand and gain more popularity. It has been such a resounding success that the governing body for the Tour de France, the UCI, upgraded the event to HC (hors categorie) status. This is the highest status possible without being a part of the actual world tour. To have achieved this impressive accolade in just 3 years is a remarkable achievement and speaks volumes of the success and popularity of cycling in Yorkshire.

The route for 2019 will have Barnsley, Bedale, Bridlington, Doncaster, Halifax, Leeds, Scarborough, and Selby as starting or finishing points. The Doncaster to Selby route will be named the Heritage Stage, the Barnsley to Bedale route is the World Stage, the Bridlington to Scarborough route is the Yorkshire Coast, and the Halifax to Leeds stage is the Yorkshire Classic.

The UK has an almost embarrassing number of amazing places to cycle. It is like everything in the UK is... END_OF_DOCUMENT_TOKEN_TO_BE_REPLACED

Yorkshire, the biggest county in the UK, hosted the initial stage of the Tour de France in 2014. Something about... END_OF_DOCUMENT_TOKEN_TO_BE_REPLACED

When the Tour de France came to Yorkshire in 2014, nobody could have expected how much of an impact it... END_OF_DOCUMENT_TOKEN_TO_BE_REPLACED

The coast of Britain is famous for a few things, including the impossible puzzle of how long it is exactly.... END_OF_DOCUMENT_TOKEN_TO_BE_REPLACED

The UK has no shortage of epic bike rides. From the gentle rolling hills of the South Downs to the... END_OF_DOCUMENT_TOKEN_TO_BE_REPLACED