Commuting by Bicycle – Which Cities are best? 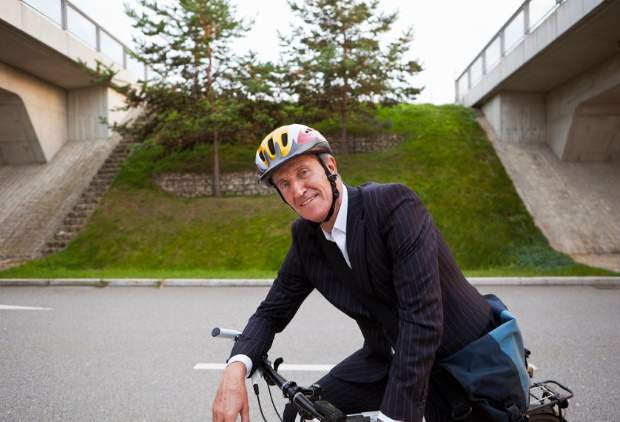 Are you thinking of coming to live in the UK and want to know which cities are best for commuting by bicycle? Or are here with work? Just coming to explore and see what happens?

The UK is a great place to be a cyclist. The roads are relatively safe, the cities are much more bike-friendly than they used to be, and Brits increasingly love cycling. Then there is the high quality of life, good infrastructure, and the sense of humour. Not a bad place to come to live. But where is best?

It would be disingenuous to have a top 10 – there are so many factors to take into account that this short article couldn’t possibly do it justice. The only real way to know if a UK city is the best for you to commute is to go there and try it out. So this is a guide to direct you to those ones we think are the best.

In the past 15 years, London has become such a safer place to cycle and live. Unless you have some serious cash, you won’t be able to live in the centre of London, so commuting by bike is often the best option. It is definitely the cheapest. Commuting by rail or car can cost thousands of pounds a year. Put that cash into some bike gear and you’ll have 10 years of keeping fit on the way to work.

Bike for hire services are available across the capital, including the famous “Boris Bikes”. Loads of cycle routes are available, and as more and more Londoners commute by bike, it’s only getting better. Plus, the city is basically flat, a major advantage on a bike!

One of the cities in the “Northern Powerhouse”, Leeds is a top cycling destination. It isn’t too hilly, the city centre is amazingly compact, and the towns and villages people commute from are very beautiful. The Yorkshire Dales National Park is 20 miles away too. One of the best cities for commuting but the air quality is not as high as some other cities (although the UK has poor air quality in general).

Liberally strewn with cycle paths and with an elegant city with lots of suburbs, Bristol is a top city for cycling. The UK’s first “cycling city”, Bristol has traffic free areas, excellent bike support, and more bike shops than anywhere outside of London. It is close to a lot of amazing countryside too.

Cambridge has a lot of two things: money and history. Now a third thing has come along: loads of bicycles. Cambridge has some of the best roads for commuting by bike in the UK, and the only way to properly navigate the huge university campus is to do it by bike. The neighbouring city of Oxford is a similar place. The air quality is quite good for the south of England. Lots of traffic jams to enjoy.

Scotland’s capital is a very attractive place to live: it’s got a castle on an extinct volcano for starters. With a brilliant university, lots of technology based jobs, and more comedy clubs than anywhere else. Commuting by bike in Edinburgh is relatively easy – there are lots of cycle lanes and off-road routes. It’s quite hilly, but around 12 per cent of the population cycle to and from work, so there’s already a good community to get in with. Air quality isn’t great.

Wales’ biggest city is an excellent cycling destination. It’s basically flat, isn’t too crowded, and has a lot of cycling infrastructure. Many people head out from Cardiff on their bikes, it’s a very good starting point for expeditions into the heart of Wales. Commuting by bike and rail is a common choice. The air quality is not too bad.

Nottingham is making big attempts to get its population cycling and it is having some success. One of the best cities in the UK to commute to by bike, Nottingham offers safe roads, relatively good air quality, and a wide variety of jobs. It’s quite cheap compared to the South too.

It might be ancient and venerable, but York is a modern city with excellent cycle access. The city is flat and covered in bike routes, on and off roads. York is one of the best places to live and work in the UK, a small part of that is the ease of access.

Stoke is a true industrial town that has reinvented itself beautifully. Criss crossed by canals, the city is ideal for cycling to work as a lot of it can be done off-road by taking the canal network routes. One of England’s up-and-coming cities, Stoke is an exciting place to be.

Filed Under Cycling Tagged With commuting
0 comments… add one

The UK has an almost embarrassing number of amazing places to cycle. It is like everything in the UK is... END_OF_DOCUMENT_TOKEN_TO_BE_REPLACED

Yorkshire, the biggest county in the UK, hosted the initial stage of the Tour de France in 2014. Something about... END_OF_DOCUMENT_TOKEN_TO_BE_REPLACED

When the Tour de France came to Yorkshire in 2014, nobody could have expected how much of an impact it... END_OF_DOCUMENT_TOKEN_TO_BE_REPLACED

The coast of Britain is famous for a few things, including the impossible puzzle of how long it is exactly.... END_OF_DOCUMENT_TOKEN_TO_BE_REPLACED

The UK has no shortage of epic bike rides. From the gentle rolling hills of the South Downs to the... END_OF_DOCUMENT_TOKEN_TO_BE_REPLACED

*Amazon Affiliate Notice of Disclosure: BikeCare.co.uk is a participant in the Amazon EU Associates Programme, an affiliate advertising programme designed to provide a means for sites to earn advertising fees by advertising and linking to Amazon.co.uk.