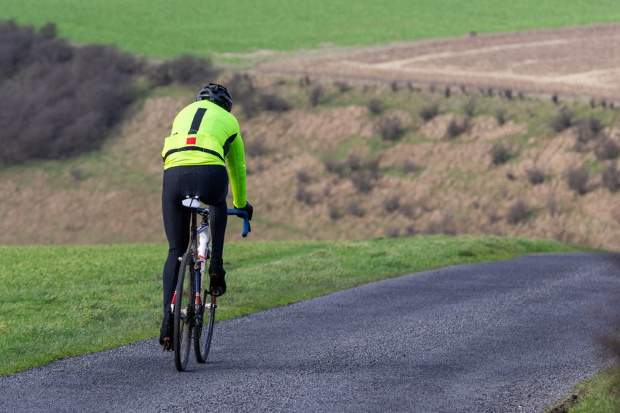 When the Tour de France came to Yorkshire in 2014, nobody could have expected how much of an impact it would have on the people of Yorkshire. In a year, the number of regular cyclists went up 15% from an already impressive base.

Yorkshire has always punched above its weight in terms of sporting achievements. The largest county in England has 5.3 million people living there but got more Olympic medals in 2016 than the whole of Australia, a country of 24 million people. Famous cycling names from Yorkshire include Lizzie Armitstead, the 2015 World Road Race champion, and Commonwealth Champion. She won silver at the 2012 Olympics too. The Brownlee Twins came from West Yorkshire and can be seen pedalling and running around the beautiful Moors. Cycling enthusiasts will recognise the names of greats like Beryl Burton, Ed Clancy, and Ben Swift. All from Yorkshire.

What Makes Yorkshire so Good for Cycling?

That’s not enough though. The real reason it’s so good for cycling is the terrain and access to the terrain. The Industrial Revolution began in Yorkshire, more or less, so there are hundreds of mill and factory towns dotting the landscape. This means good roads, connections, and infrastructure. People growing up in Yorkshire have almost unique access to the countryside – there is nowhere in the county you are more than 20 minutes on a bike away from some incredible terrain.

Starting on the Plain of York, a huge and incredibly flat floodplain surrounding the river Ouse, a cyclist can hammer Roman roads and ancient trails to their heart’s delight. It is easy cycling and astoundingly beautiful. Head north from York and you find yourself in the North York Moors National Park, a huge area of moorland and coast full of winding roads, farming villages, rolling hills, and containing some of the best coastline in the country. People move to the area specifically for the cycling, it’s that good.

That’s not all. The Yorkshire Dales National Park is west of the North York Moors, and has probably got better cycling than anywhere in the UK. This is where Lizzie Armitstead and the Brownlee Boys would practice. Starting out at the historic (well over 1000 years old – it’s got a castle) market town of Skipton, you can head north for about 30 miles before you encounter any more big towns. Then, you’re in the Pennines, which is not Yorkshire but it’s very nice for cycling.

Yorkshire is full of dales. These are river and glacial valleys, so there are lots of climbs and descents. If it sounds intimidating, consider how many local families grow up cycling around here. It’s perfect for a family cycling holiday. There’s so much to do and see, and wherever you are you’re not far from a city or town you can get supplies, a bed, and your bike repaired.

Both. In spades, as the Yorkshire people would say. Head out from towns like Otley, Ilkley, Thirsk, or Whitby and in a couple of minutes you can find yourself on a road that will take you through incredible Yorkshire limestone country. Alternately, head to some of the National Parks for some glorious mountain biking. There are centres in the Yorkshire Dales and the North York Moors for mountain biking – they are world class. They need to be, some of the best mountain bikers in the world go there to play and train.

If the terrain wasn’t enough, the Tour de Yorkshire should be. In late April or early May, over 2.5 million people line the roads of Yorkshire to cheer on the world’s best cyclists as they battle for victory over the hills, moors, and woodlands of Yorkshire. It’s only been going since 2015 but is already recognised as one of the best cycle races in Europe, if not the world.

The reason it’s so good? People in Yorkshire love it. They can be slow to warm to things in the North, but not cycling. Kids all over the county have taken up riding since watching the world’s greats blast through their towns, villages and cities. It’s a great excuse to have a party and get together with friends and family.

You don’t just have to watch. The Tour de Yorkshire is for everyone. From little kids to professional riders, there are races and routes organised so everyone gets to have a go. The buzz is incredible, it’s something you can’t miss.

Filed Under Cycling Tagged With yorkshire
0 comments… add one

The UK has an almost embarrassing number of amazing places to cycle. It is like everything in the UK is... END_OF_DOCUMENT_TOKEN_TO_BE_REPLACED

Yorkshire, the biggest county in the UK, hosted the initial stage of the Tour de France in 2014. Something about... END_OF_DOCUMENT_TOKEN_TO_BE_REPLACED

When the Tour de France came to Yorkshire in 2014, nobody could have expected how much of an impact it... END_OF_DOCUMENT_TOKEN_TO_BE_REPLACED

The coast of Britain is famous for a few things, including the impossible puzzle of how long it is exactly.... END_OF_DOCUMENT_TOKEN_TO_BE_REPLACED

The UK has no shortage of epic bike rides. From the gentle rolling hills of the South Downs to the... END_OF_DOCUMENT_TOKEN_TO_BE_REPLACED